Painting gift from our friends at Hesperus

Corina Tataru, artist and Hesperus resident, created this acrylic painting of TWS students playing at recess over two winters. She loves her view and was inspired by the children playing in the snow. “They were so enthusiastic. I am so impressed that no matter what the weather, there are many activities outdoors, including classes during this time of covid.”

Corina was born into a complicated time and place in history, Transylvania, Romania, 1929. Her father was a professor of medicine and was also involved in politics. Her mother was familiar with Rudolf Steiner’s work which eventually led Corina to become connected to Waldorf Education.

From eleven years of age onward, Corina’s world changed many times. When the monarchy ended in 1947, the area fell behind the iron curtain. Art had been a love of Corina’s since she was a child, but with communism ruling the country she was no longer able to pursue her artistic training. Instead she was involved in teaching at the university. Corina says of that time, “the life was very difficult for many people under communist rule and became worse every year”.

Through a series of helpful people and events, Corina was able to escape the country and apply for asylum in Germany. There she was placed in a refugee camp for a time before being able to live and work in the country. Corina trained for two years as a Waldorf teacher in Karlsruhe in the early eighties. She never got to teach in a Waldorf School in Germany as her Canadian immigration papers came through. Corina sent a letter to TWS hoping for a teaching job but there were no positions available. Upon arriving in Canada she did extra training and joined the public school French immersion system. Already a grandmother when she immigrated to this country, Corina was so happy to be able to sponsor her son’s and daughter’s families to come to Canada.

Corina is grateful that her destiny finally brought her to a Waldorf community, where at over 90 years of age, she is able to pursue her painting in a community like Hesperus that supports arts and culture.

Recently Corina donated the original painting to Hesperus Village as a gift. You will find it in our lobby by the stained glass window. Prints of the painting are being sold as a Hesperus fundraiser at Paper Pipit or by contacting vibeke@hesperus.ca  416-998-7367 to arrange deliver. The painting so beautifully captures the spirit of Waldorf education.

Gifted in friendship to TWS from your campus neighbour,  Hesperus Village 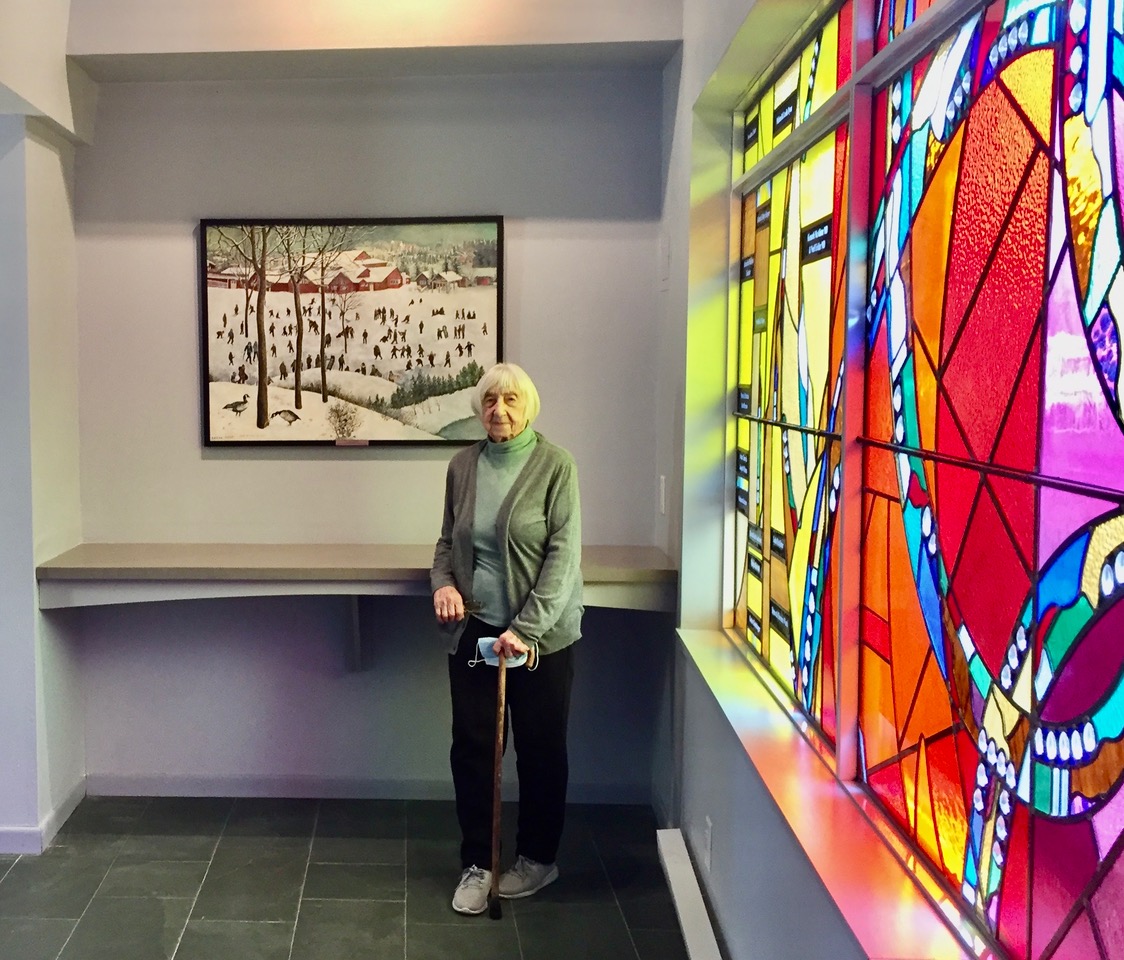 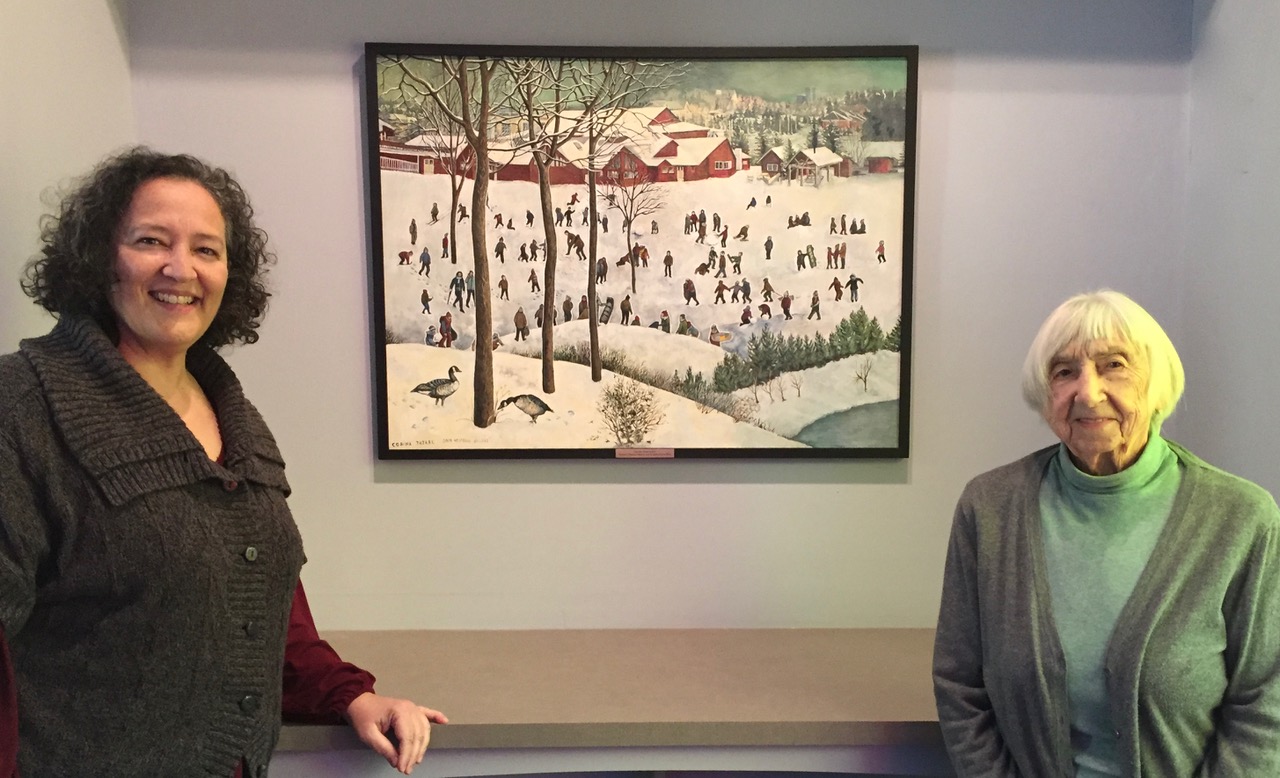 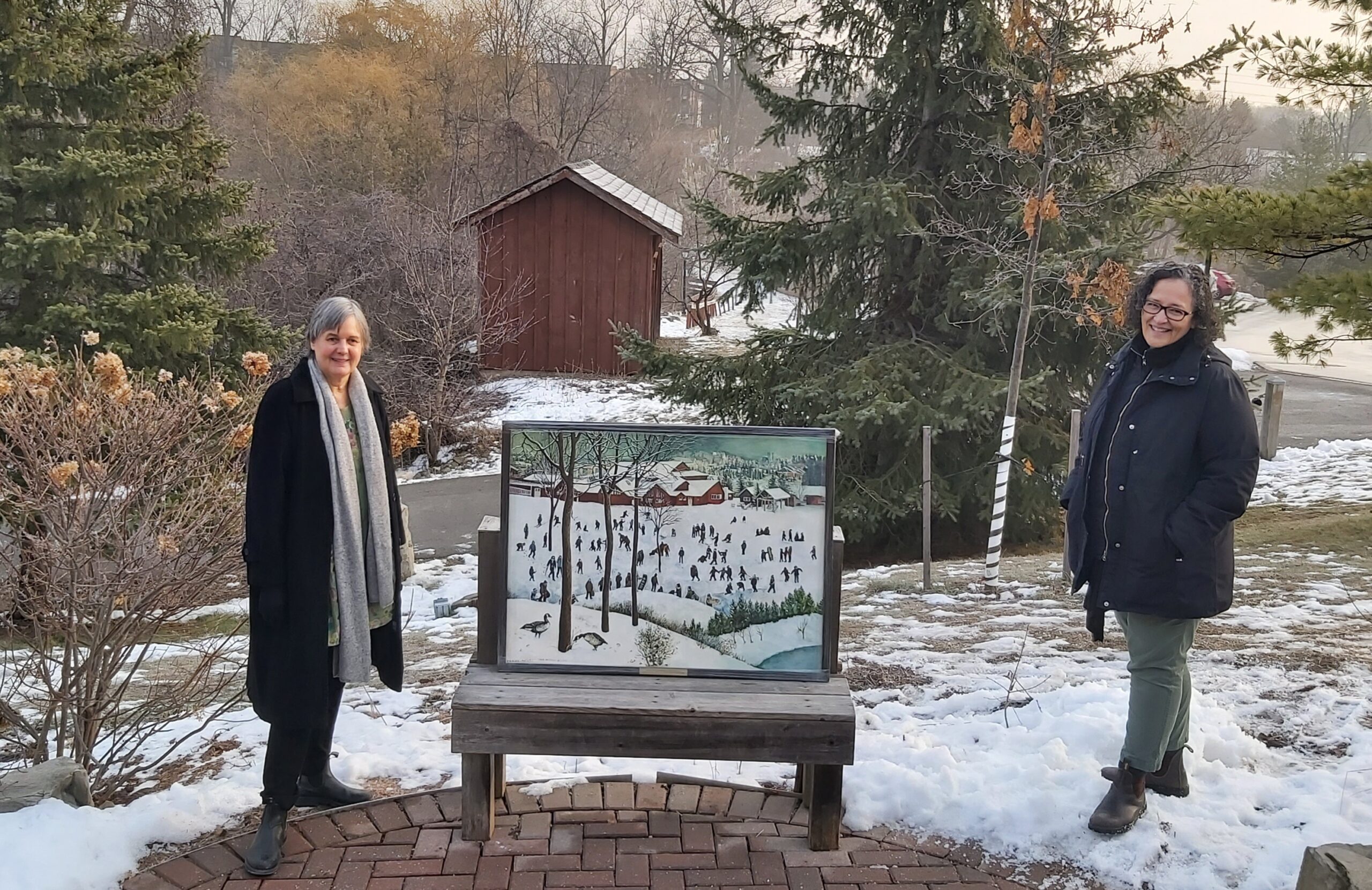 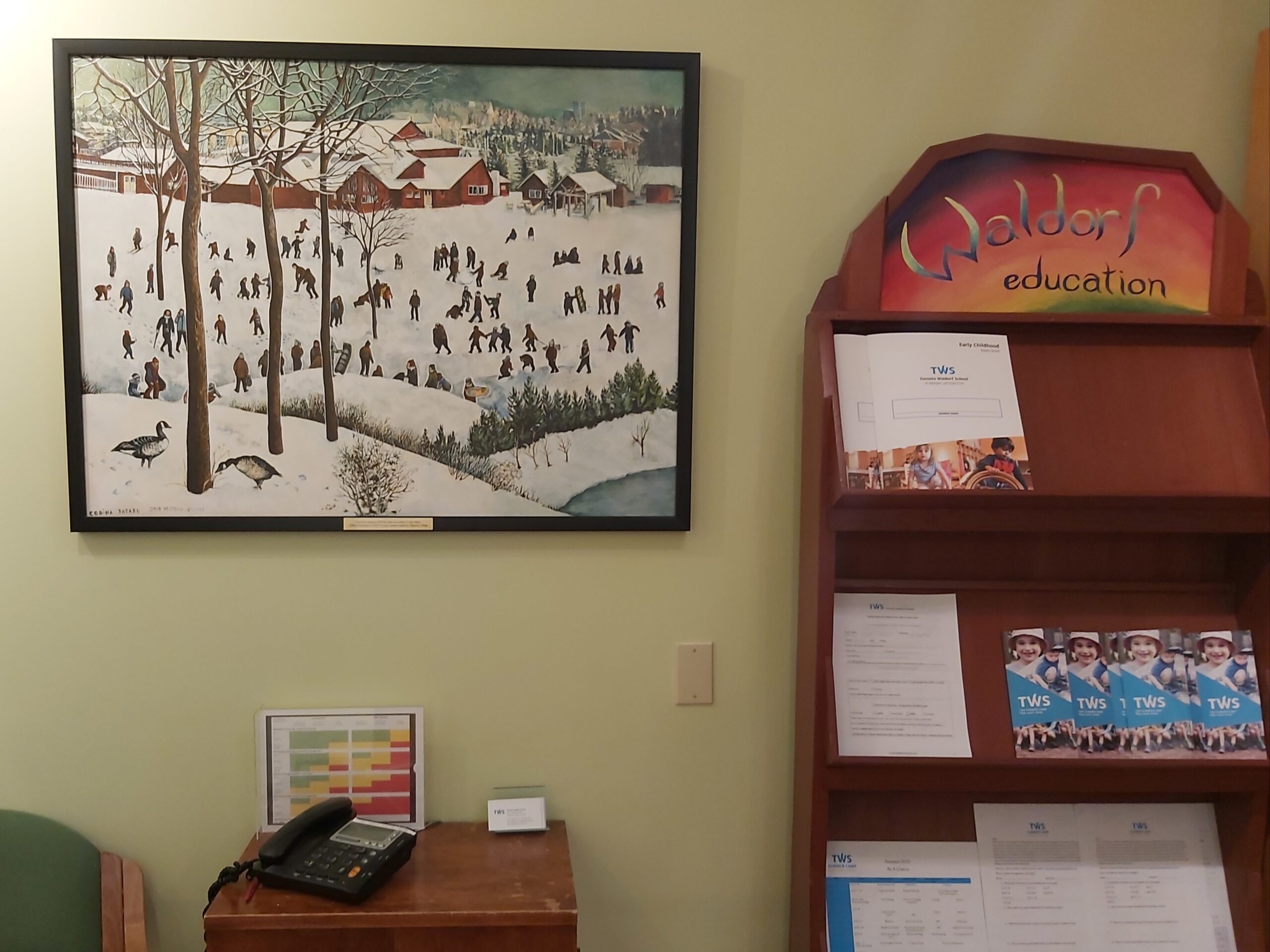